Brimming with Emotion, Adversity, and Hope | Review of Burning Sky 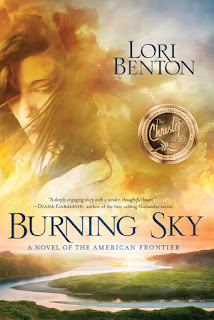 About the Book (from Waterbrook Multnomah)

A Christy award-winning novel about a woman caught between two worlds, and the lengths she goes to find where she belongs

Abducted by Mohawk Indians at fourteen and renamed Burning Sky, Willa Obenchain is driven to return to her family’s New York frontier homestead after many years building a life with the People. At the boundary of her father’s property, Willa discovers a wounded Scotsman lying in her path. Feeling obliged to nurse his injuries, the two quickly find much has changed during her twelve-year absence: her childhood home is in disrepair, her missing parents are rumored to be Tories, and the young Richard Waring she once admired is now grown into a man twisted by the horrors of war and claiming ownership of the Obenchain land.

When her Mohawk brother arrives and questions her place in the white world, the cultural divide blurs Willa’s vision. Can she follow Tames-His-Horse back to the People now that she is no longer Burning Sky? And what about Neil MacGregor, the kind and loyal botanist who does not fit into in her plan for a solitary life, yet is now helping her revive her farm? In the aftermath of the Revolutionary War, strong feelings against “savages” abound in the nearby village of Shiloh, leaving Willa’s safety unsure.

As tensions rise, challenging her shielded heart, the woman called Burning Sky must find a new courage—the courage to again risk embracing the blessings the Almighty wants to bestow. Is she brave enough to love again?

Burning Sky brims with emotion, adversity, and hope. I'm ashamed to say I've had my copy since 2013, and it honestly should not have taken me five years to finally sit down and read it! Based on reading (and loving) Lori Benton's second book, The Pursuit of Tamsen Littlejohn, I knew she could write an engaging story with beautiful characters. And once I got to know Burning Sky, Neil MacGregor, Joseph Tames-His-Horse, and others, Lori's debut didn't disappoint.

I will say it was a heavier, somewhat slower, read for me, as the main character (Willa or Burning Sky) has a long, painful, question-filled journey to take in the months covered through the pages of this historically rich novel. But it's a very meaningful journey, and I can absolutely see why this book won multiple Christy awards.

One of my favorite things about this book is the ending. Based on first impressions, The Pursuit of Tamsen Littlejohn might be my favorite of the two (although I might have to reread it to be sure!), but the one thing that disappointed me a bit with that book was what stood out to me as I finished Burning Sky. I would have loved a bit more from Tamsen's conclusion, but the end of Burning Sky was incredibly satisfying, moving, and uplifting.

This is a romance, yes, and I ultimately loved the direction it took. But this story also deals with other kinds of love and matters of faith and identity. With many layers and challenges, Burning Sky is the kind of read that takes time but offers much to take with you when the journey is done.

*With thanks to the author and Waterbrook Multnomah for providing me with a complimentary ARC of this book. Opinions expressed in this review are my own.* 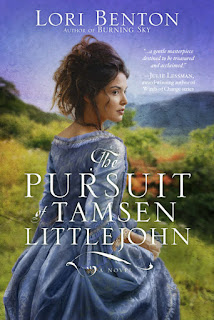 Read my review of The Pursuit of Tamsen Littlejohn