To save their show, Carthage and Huxley risk everything in a royal talent competition, vying for the chance to perform for the Future Celestial Queen. In this stardust-and-spark-powered empire of floating islands and flying trains, a shot at fame and fortune means weathering the glamorous and cutthroat world of critics, high society, and rival magicians—but with real conspiracy lurking beneath tabloid controversy, there’s more at stake in this contest than the prize.

Behind the glittery haze of flash paper and mirrors, every competitor has something to hide…and it’s the lies Carthage and Huxley tell each other that may cost them everything.

"Dazzles from start to finish. In Carthage and Huxley, Sherlock and Watson fans will find another dynamic duo whose ready wit and sizzling banter (and inevitable personality clashes) never fail to delight. You'll be calling for an encore performance."
Gillian Bronte Adams, author of The Songkeeper Chronicles

"The stuff that fandoms are built on."
Kyle Robert Shultz, author of Beaumont & Beasley 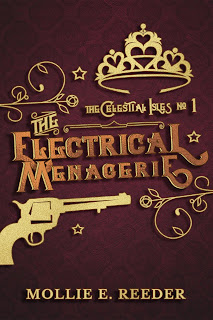 Purchase on Amazon | Add to Goodreads

"I already love the writing! Pretty sure this is going to be delightful :)"
—My Goodreads status update at 5% through the book

How I felt upon starting the book is how I felt on ending it: delighted with the writing! While there are "romantic" moments showing up here and there through some of the story, this is not a romance...and yet, I still loved it. Imagine that!

The Electrical Menagerie has it all: imaginative performances, incredible robots, mystery and danger, a variety of fascinating settings in a familiar (but also unfamiliar) world, and two great heroes running the show. I loved the humor mixed in with poignant observations on being human. I enjoyed the adventure, following Carthage and Huxley's show and the subterfuge going on behind the scenes. The characters, with their issues and talents and unique personalities, keep you guessing and hoping, and there's so much to love about the stars of the book stage (with their mentoring sort of friendship) and their mechanical butler.

This story just feels so satisfying. The character growth, the enthralling descriptions, the brilliant reminders, the way the story ends with closure but plenty of room for more adventures...it comes together beautifully. If you enjoy steampunk and fantasy that doesn't feel too far "out there" to grasp (and definitely hits home), The Electrical Menagerie is a winner! Complete with clever, relatable characters and a journey perfect for those with wide imaginations and creative hearts, this thought-provoking story will surely bring down the house.

*With thanks to the author and Unicorn Quester for providing me with a complimentary e-ARC of this book.*

Mollie’s first job was with a major theme park, where she operated a roller coaster, fixed parade floats, and helped Scooby-Doo put on his head. Now, Mollie is a movie producer and the author of character-driven science fiction/fantasy novels for adults who never outgrew imagination. Her favorite things include Jesus, dinosaurs, and telling cinematic stories that blend glitter and grit. 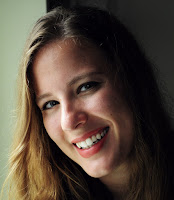 Explore the world of The Electrical Menagerie by entering to win this Celestial Isles prize pack, which includes: "High Victorian" playing cards by luxury playing card company Theory11, handmade galaxy mug by DeVita Designs, Science & Engineering Themed Pocket Notebook Set by CognitiveSurplus, and a tin of Electrical Menagerie themed tea (over a $50 value)! (US only.) 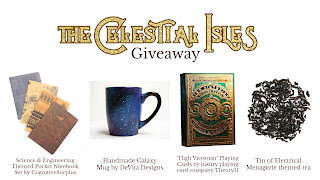 Oh my goodness, Amber, I LOVE your review so much! I am very very glad you enjoyed The Electrical Menagerie! I haven't had a chance to start it yet, but I am super curious as to how it home. :)

Thank you so much for sharing, friend!

Thank you so much, friend! I loved the book, and I'm really grateful you gave me the chance to read and review it. :) There are some great reminders and lessons in the story, and it's inspiring for those who long to be creative, make a difference, and reach for the stars!

Thanks so much for joining the tour, Amber! I'm so glad you enjoyed the book.

My pleasure entirely! The book was wonderful. :) Thank you so much for writing it!

It's always fun to branch out from the kind of books your normally read and find an unexpected treat. I'm glad you enjoyed the book!

So true! And thank you! This was an excellent and enjoyable read, for sure. :D